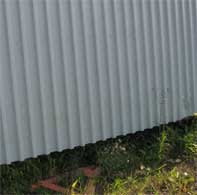 On the Riggs tip I just mentioned, it's great to see established dudes taking new blood under the wings and giving them some exposure. Riggs certainly deserves it, and so does Chris Dadge, Bug Incision head honcho and percussion maestro deluxe. Fresh off a trip playing with dudes like Eugene Chadbourne (a personal favorite...) Mats Gustafsson, Dadge met up with electric guitarist Simeon Abbott for these two jams, and he sounds stronger than ever. Maybe it's that special Chadbourne punch, but me thinks it's just Dadge doing what Dadge do best, collaborating in super loose improv sessions that dangle ideas around like fireflies over a pond.

First track moves through some wild territory real quick. The percussion is always drawn out and glommed up, like splashing a bag of nickels on a diamond back skull and letting it rust over for a few millennia before picking it up with a contact mic. Abbott's jangling guitar cycles around itself with a hollow reverberation that's often prettier than your usual extended technique go-to's, chiming along like some undersea buoy signal. WIld stuff that convulses out once in a while before settling into a groove, nodding it's head down for a snooze before waking with a snap just as soon as the REM sets in. And hwen it wakes it wakes, fritzing about like a Carl Stalling score played on a kitchen sink next to the refrigerator box. Maniacally quick discussions that change topics speedy as a binge drinking flea frat. But more fun than that. Come to think of it, what could be less fun than that?!

Second track opens with some Atari style electronic mulch which, by the way, they've been incorporating in various forms throughout the proceedings. Sounds like a straight up Speak & Spell glitched over, and while that usually leaves me cold as ice and willing to sacrifice, this time around Dadge jumps on board for a duet with the thing, laying all his spoons out in disarray for some real illogical motivational speaking. Orator: Spell CAREEN. Kid: Z-O-N-K-E-D L-O-G-I-C. Or something like that. Sometimes you get straight up moments of hoe-down hijinks, but mostly it's sans hoe-down and pro high-jinx, Dick Dale gone awry. Killer sets both, and grabable where grabables are had.
Posted by Henry at 10:57 AM

Wow, that sounds like some exciting music making. Also you mentioned some musicians who are no doubt talented. I'm a musician myself.