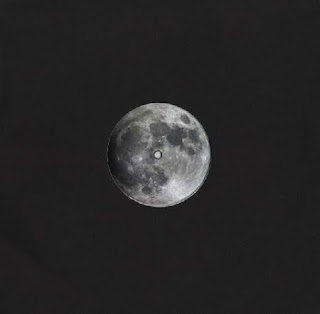 Another one from the vaults, this time hearkening from the DNT camp a ways back via Sweden. A little out of left field for the DNT label, this EP is by a mystery unit that in some way features (recently reviewed here) Sewer Election's Dan Johansson. Apparently titled after a year of brutal starvation in Sweden, this offering is a soundtrack of sorts, produced to ultra dismal effect in homage to staggering suffering and desperation.

Thing kicks off in brutal fashion on "Missväxt," whose clashing drum lines and guitar meld with deeply drowned vocals for a graveside call to arms. Total thrashing punk/goth/motorik material here that grinds on before dwindling out to wheezes and windz that blubber on long enough to drown it out. The following "Halshuggarnatten" goes heavy on the crud lurch with a nice funereal organ line mingling over top. Sounds like a morgue service next to a construction site, and the dichotomy is too good to ignore. Like kids playing hopscotch at the cemetery using headstones for humdingers while ghastly vocals dig dirges in the draperies. Real killer sound that's super dismal and down and out, the organ line just right above it all while the vocals are backstage screaming through an aquarium full of cyanide.

Flip side features the lone "Storsvagåret," which starts out nice and meddling as chairs are dragged over linoleum tiling and the hum of stench looms outward slow and steady. Really reads like a playground full of poltergeists taking over in the name of decay. Super steady slow mo degradation here. Industrial meets circuit twisting meets grind meets slime. Rusty as hell and going nowhere fast before it opens up with a hunkered down, face to the floor organ and drum line that wiggles itself free from the mulch. Sick, head banging and dilapidated stuff, ultra mechanic in its stuttered organics. Heavy ride all around, mastered by Yellow Swans own Pete Swanson and well worth the price of admission. Dig the stripped back presentation here too, with the typed up Swedish liners (I'm assuming) detailing the event in all its ugliness. Grab it before it turns to ash.
Posted by Henry at 10:42 AM