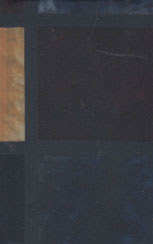 With a few releases out on mostly Emeralds related labels/releases, Sam Goldberg has already entrenched himself as a reliable source for the kind of squelchy, warm drone works that get me giddy. Cycles is no different, and it's on the always well done 905 Tapes, so this cassette is an especially good situation for all.

The tape opens with stun gun sputterings over hallucinogenic, new age style synth movements, babbling along with smears of warm waves emitted from some giant flower cannon. This is some thermal stuff, drifting along cloudless like some pollen postal worker. Soon though, the clouds start moving in, vast vents of reverberating heaviness that go nowhere in their monolithic discourse. Everything is blubbering along in some column of heated currents, a wasteland of zoned out synthesizer painting.

Goldberg's approach is as much about the warmth and richness of his textures as it is about his silences though. As each wave of jet engine flop comes, it also goes, diminishing to nothing before it returns or a new sound presents itself. It is here that tension is maintained, though one is also perfectly capable of letting the silences in to fill their own voids here. After the whole blubbering gust thing is finished, a mini-keyboard piece gives way to more looped drone garbling as shores are carved out. Each pulsing tone is doing so at such a rapid pace that it's practically a sheet, only with holes in it (like those shoes that let your feet breathe) so those sweet currents can get inside.

Side two opens sounding like some long lost Mario soundtrack. Like Mario in Crystal Palace or something. Each gesture enters and dissolves, somehow forming a nice little melody of fumbling numbness, eventually being overcome by a darker drone that too subsides in favor of more careening echoes of organic underwater dolphin cries. Not to push the Mario metaphor, but you know the sound he makes when you get one of those power-up mushrooms? It's like a bunch of those slowed way down and layered over one another--surprisingly effective actually. Soon it changes again though, evolving into tinkling high pitched screes over more video game dream sequences. Beautiful lullabies with organ notes that dissolve as quickly as they appear.

A thick drone comes back to initiate the final minutes of the C20, sitting on itself in preparation for the vast infinite ahead before disappearing into more pointillist mutterings. When the piece ends, it could be the melodic framework for some techno meltdown, only its so beatless and undanceable that you have no choice but to be drifted off by the tiny suggestions of melody presented. Each fragment suggests a far greater whole, creating an odd paradox of rich minimalism.

Killer tape, just lie down and let your brain do the walking. Still available from Tomentosa I believe, and each tape has a different cover cut from some piece of film. Nice.
Posted by Henry at 12:45 PM